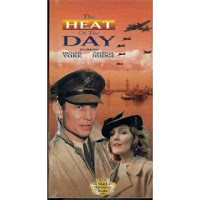 “This is England Robert; one expects to have privacy”. So says Ernestine to her brother in Elizabeth Bowen’s novel “The Heat of the Day”, published in 1949. Ernestine is reacting to the investigations and inquiries of potential purchasers of the family home. They are property owning middle-class, and the “one” is telling, but even so she was expressing a widely held view about privacy and England. George Orwell noted much the same thing in his war time essay “The Lion and The Unicorn: Socialism and the English Genius” (1941) where he emphasised “the addiction to hobbies and spare time occupations, the privateness of English life”. He thought that the liberty of the individual was still believed in, and that this meant the liberty to have a home of your own, to do what you like in your spare time, and choose your own amusements. “The most hateful of all names in an English ear is Nosey Parker”.

The privateness of English life is still remarked on, as in the article by India Knight in The Sunday Times on 22 March 2009. She claims that nobody is as obsessed with privacy as the British, or perhaps the English; and that privacy is central to the English character, albeit in what she calls a caricatured form.

So it looks as if an enduring national characteristic still endures. But does it? If the English are so concerned with privacy, how is it that we have so many cctv’s and databases, or at any rate are so uncomplaining about them? Is it because Government has lost touch with ordinary life forms, or because we can assert British values (which seem a bit thin to me) but feel uncomfortable about asserting traditional English values? Or what? Just what has been happening to us in the past 12 years – apart from being swindled, that is?

Would Ernestine now say “I know my Convention Rights; one expects to have privacy”.

Doesn’t sound the same, does it?